Finally, Thomas Hunt Morgan’s work with the ascidian Ciona intestinalis, which is a vase tunicate that goes by the common name “sea squirt,” illustrates his eclectic curiosity. Why is this case curious? Well, Morgan first publishes about Ciona intestinalis in 1904. He also picks this line of work up again almost 20 years later (in 1923) after several years of publishing almost exclusively about the fruit fly. For the sea squirts, Morgan wanted to know how these tiny vase-shaped hermaphroditic marine invertebrates prevented self-fertilization. William Castle had discovered through experiment that in sea squirts the sperm would not fertilize the eggs if the sperm came from the same individual. The sperm of one individual, however, could fertilize the eggs of another individual without problem. So, Morgan wanted to know what process allowed these vase-tunicates to prevent self-fertilization. One way he proposed to find out: by attempting to trick the sea squirts into fertilizing its own eggs.

Prior to this work, Morgan had been thinking a lot about regeneration and “polarity,” or the observation that the organism somehow knows which part to regenerate when it is injured or damaged. The prevention of self-fertilization in sea squirts involves a similar notion that the organism somehow knows not to fertilize itself. Similar to some of his previous experimental work, he hoped to find out about the normal process of fertilization by stimulating it in an organism that had a peculiar capacity to prevent fertilization from occurring under certain circumstances:

My object in undertaking a study of this problem was, in the first place, to determine if possible the nature of the conditions that prevent or interfere with self-fertilization; and in the second place, I was not without hope of being able to find some way in which self-fertilization could be artificially induced.

More than simply experiment, this work shows Morgan reasoning through all of the possible circumstances by which embryological development does not begin in the case of sea squirts. Does it secrete a substance that enhances the ability of sperm to fertilize, or does it secrete a substance that restricts it? What if the sperm are actually making it into the egg, but development still isn’t beginning? How might one devise an experiment to substantiate one hypothesis and rule out other competing hypotheses? This is also—like Morgan’s work with echinoderm crosses—a replication experiment, in which Morgan does similar work as a contemporary scientist and either affirms or refutes their conclusions. In this case, Morgan refuted William Castle’s theory that attempted to account for the determination of sex, stating that his observations do not support Castle’s assumptions.

Thomas Hunt Morgan’s work shows that his method was to induce abnormal conditions experimentally in order to pin down exactly what normal processes were occurring. His work with a variety of different organisms was more typical of his behavior and method as a working scientist in his early years, than his later work with fruit flies. 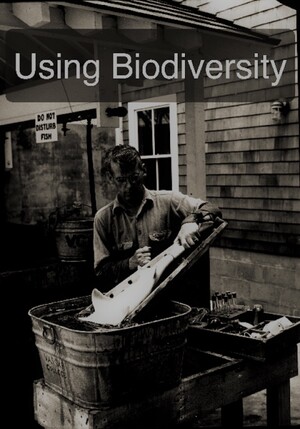