When the MBL first began in 1888, they borrowed boats from the fisheries to collect deep sea organisms. Eventually, the MBL both acquired and built a number of vessels that allowed for vast amounts of organisms to be gathered on a daily basis. Here are some of the major vessels used for collecting at the MBL from the 1890’s up to the present. These vessels were captained by men who knew the local area and crewed by experienced collectors. Students often went out on collecting expeditions as part of the courses. Interestingly, many of these boats were named after marine species in the local area! 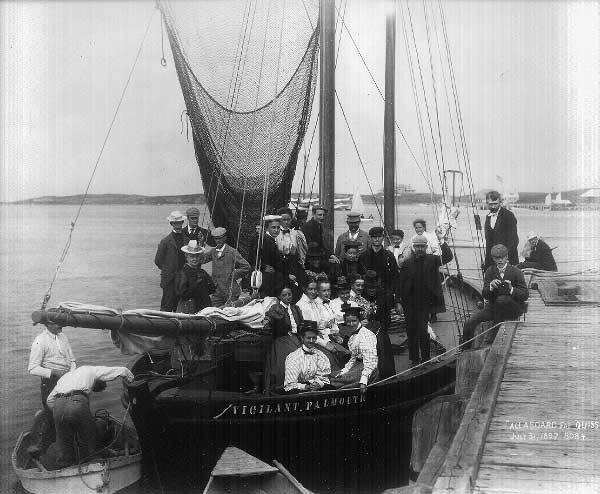