Because increased carbon dioxide levels are a major component of a greenhouse effect that warms the earth, it is important to understand from where and how carbon dioxide is released into the atmosphere, how much carbon is released, as well as how much carbon is captured from the atmosphere through natural processes. Higher plants, algae, and some bacteria use photosynthesis to transform carbon dioxide into life-based, or organic, carbon. Carbon dioxide is released from the earth’s surface by plants, animals, fungi, and microbes, and industrial processes that use fuels such as wood, coal, and oil. These processes, combined, constitute the global carbon cycle.

In the late 1970s, scientists who studied the earth’s systems knew that carbon dioxide levels in the atmosphere were rising, and that fossil fuel combustion was partially responsible for this change. Scientists also knew that forests and land (terrestrial) ecosystems fit into the uptake and release of carbon dioxide, but a lot of uncertainty surrounded the magnitude of terrestrial carbon cycling. While scientists could make fairly accurate assessments about how much carbon was stored in, and flowed to and from, the oceans and atmosphere, terrestrial ecosystems are incredibly diverse and dynamic, making them harder to study on an aggregate level. 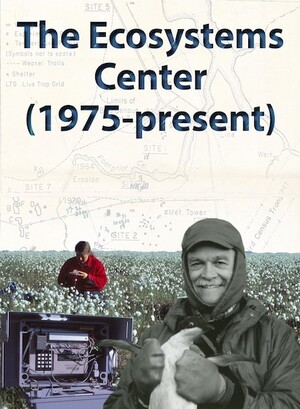