In 2006 John Rowe was appointed Chairman of the MBL Board of Trustees. Since then, he and his wife Valerie have become very involved in the MBL. Among other things, the Rowes have made two very generous donations to the MBL, one that helped to overhaul what was formerly the Whitman Building (now the Rowe Building), and a second that co-founded the Bell Center. John Rowe reflected on the donation that he and his wife gave to help form the Bell Center that, "It is with great pleasure that my wife Valerie and I make this gift to the MBL knowing that it will be used to facilitate groundbreaking research in an emerging field with potential to make a great impact on human health" (John Rowe quoted on MBL Donor Profile Page ND).

Dr. Eugene Bell was a renowned scientist, but was also a man of upstanding character and valor. He volunteered for the U.S. Army during WWII, serving in the Pacific. He "saw combat action in the Philippines and in New Guinea and was wounded by a piece of shrapnel that stayed in his hand for the rest of his life" (Millicent and Eugene Bell Foundation ND). Despite this injury Eugene went on to New York University for his undergraduate degree, University of Rhode Island for his Masters degree, and Brown University for his Ph.D. in Biology. In 1967 Dr. Bell became a professor at MIT in biology. He went on in the 1970s to create several films which won awards from film festivals. Then in the late 1970s he began working on generating replacement skin tissue, which would eventually lead to founding his own company (after his retiring from MIT) that created tissue grafts for burn victims. In this busy life he also served as a research scientist at the MBL.

Eugene's wife, Dr. Millicent Bell, was an accomplished individual as well. She received her undergraduate degree at New York University, and then went to Brown University for both her Masters and Ph.D. in English. Millicent went into a career in "journalism and editing serving as a reporter for the Savannah Evening Press, the Toledo Blade and the Philadelphia Record and Time, Inc., and as an Associate Editor of Architectural Forum" (Millicent and Eugene Bell Foundation ND). Dr. Bell received humerous honors and awards, including "the Howard Foundation Fellowship, the Shell Foundation award, a National Endowment for the Humanities Senior Fellowship, a Guggenheim Fellowship, the Winship Prize for Marquand, and a Fullbright Travel Grant to France. Marquand also was nominated for the National Book Award in biography and for the Pulitzer Prize" (Millicent and Eugene Bell Foundation ND). She also serves as a trustee for the MBL. Millicent (along with Valerie Rowe) gave the initial founding funding to the Bell Center.

The work of the Bell Foundation is being carried on by Meg Fofonoff, the daughter of Millicent and Eugene Bell. Not only does Meg run the Eugene and Millicent Bell Foundation, she is an avid contributor to the MBL community as an artist and organizer. Recently Meg put together a photo exhibit titled "Thru the Lense of Time," which was showcased at the MBL Club. This exhibit looks at the scientists working at the MBL today and their historical predecessors. She expertly paired modern and historical scientists in order to tell the story of the MBL through beautifuly curated photos and videos. The exhibit opened on June 16th 2018 and ran through June 22nd 2018. 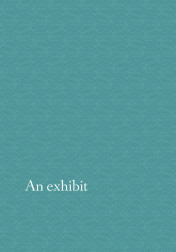