Gastrulation is a fundamental process that occurs during early embryonic development (Keller, Clark & Griffin 1991) through which a single-layered blastula transforms into a three-layered structure, referred to as the gastrula. The gastrula is comprised of three germ layers: the ectoderm, which gives rise to epidermis and, eventually, the nervous system; mesoderm, which develops into vertebrae, muscle, and connective tissue; and endoderm, which matures into the epithelium of the respiratory and digestive systems. The morphogenetic cell movements of gastrulation vary across the animal kingdom, but it includes five basic kinds of cell movements. All embryos can use that repertoire of gastrulation movements to reposition cells and create new tissues. One such movement is epiboly, which can be described as the flattening or spreading of a sheet of cells that cover the embryo. During epiboly, the cell layers thin out and spread across the yolk, positioning the ectoderm on top of the mesoderm. At the end of the complicated process of gastrulation, the embryo has achieved a basic body plan, which presents the initial conditions for organogenesis to take place. 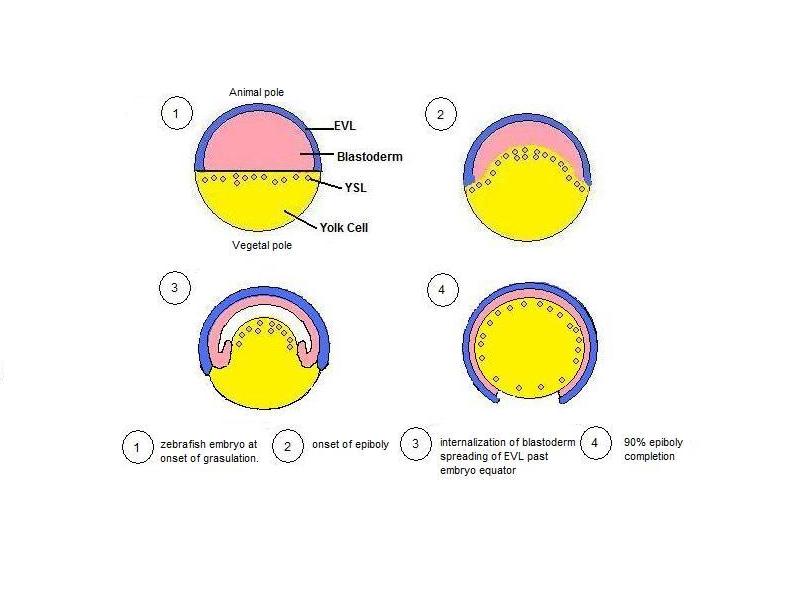