The daughter of a New Bedford pharmacist, Cathy graduated from Sacred Hearts Academy in Fairhaven, MA, and Regis College in Weston, MA. She taught psychology at Chamberlayne Jr. College in Newton, MA, while studying at the Graduate School of Boston College. Cathy lived for her family, friends, fun, faith, and her beautiful meticulously tended flower garden. She maintained and valued her longtime friendships with old classmates from grammar school all the way through graduate school, and beyond.

Cathy and her husband Thomas J. Norton moved to Falmouth for the summer in the 1970’s, and they never left. Once they became residents, Cathy was active in community affairs. She served on the Falmouth School Committee in the 1980’s-1990’s, was a Falmouth Town Meeting member, and in the 2010’s she was a Governor representing Falmouth on the Steamship Authority board. Cathy was instrumental in choosing the name for a ferry built during her tenure as the  “Woods Hole” after the village which is also the home port of the Authority. 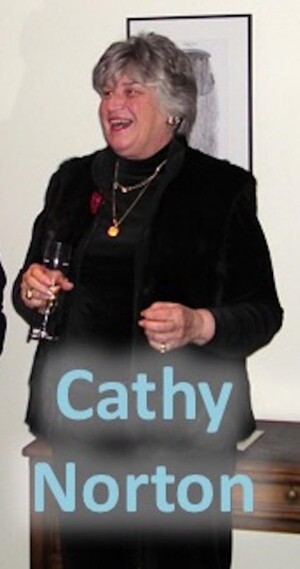